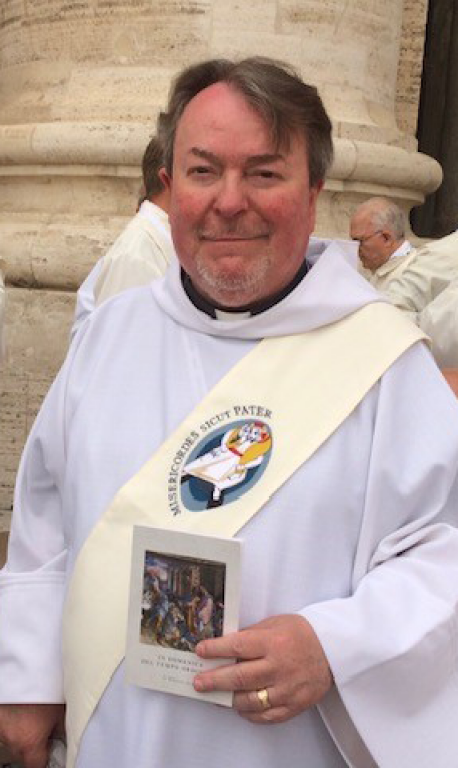 Saint Mary’s Parish is pleased to announce that Deacon Christopher Gregory Morash has been hired to serve as our full-time Minister of Music. Deacon Morash will begin his service to our community on November 1, 2022.

Deacon Morash is already a ‘familiar face’ here at Saint Mary’s. He generously served as our interim music minister from February to June. Our Search Committee started a national search for a new music minister in February. The search process continued throughout the summer, and we are delighted that Deacon Morash has now accepted the position on a permanent basis.

Christopher Gregory Morash was born in Halifax, Nova Scotia (Canada). He attended local Catholic Schools, and later studied at Dalhousie University and the University of Victoria. Chris studied piano at the Royal Toronto Conservatory of Music. In his first year of High School, Chris was invited to play the organ at Saint Mary’s Cathedral Basilica in Halifax, and became the principal Cathedral organist in 1971.

While serving the Canadian Armed Forces, Chris studied at the Canadian Forces School of Music in Victoria, and later became the principal organist and Director of Music at St. Andrew’s Cathedral in that same city. He was appointed to serve as a member of the Liturgical Commission for the Western Conference of Canadian bishops, and also became a member of the National Pastoral Musicians (USA).

While in Victoria, Chris worked with the “Saint Louis Jesuits,” writing keyboard arrangements for a number of their songs and singing on their recordings. Chris also completed a degree in organ performance (“with distinction”) at the University of Victoria.

In 1996, Chris came to Charlottesville as the Director of Worship at the Church of the Incarnation. He met his future wife Peggy Cornett in the parish and they were married in 1998. Peggy is the Senior Curator of Plants at Monticello.

In 2003, Chris was ordained to serve as a permanent deacon by Bishop Walter Sullivan. In 2010, Bishop Francis DiLorenzo invited Deacon Chris to become the Director of the Office of Worship for the Diocese of Richmond, where he remained until 2015. Deacon Chris retired from his music position in Charlottesville in 2020.

We are grateful to God for bringing Deacon Morash to Saint Mary’s parish in Richmond. We are also grateful to the members of our Search Committee who worked diligently to bring a talented and experienced musician to serve as music minister within our community. Let us pray for Deacon Chris and his wife Peggy during this time of transition. And let us also pray for our retired music minister, Joe Lenich, who will continue to share his gifts with our community in a variety of ways!