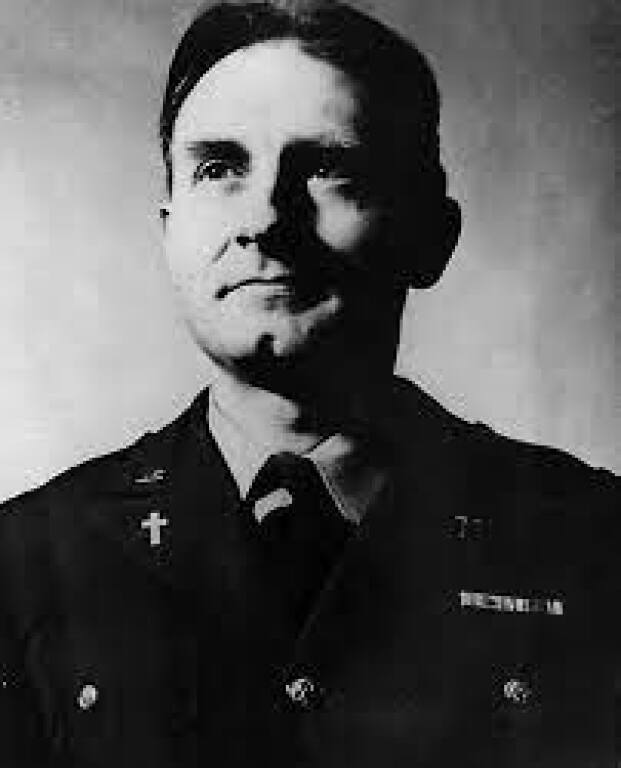 Father Emil Kapaun came from a small town in Kansas and his life impacted countless individuals all over the world, soldiers and civilians alike. In his service as a military chaplain during the Korean War, in battle and in a POW camp, he did more to save lives and to maintain morale than most men. Catholics and non-Catholics alike attested to his heroism, both in battle and in the brutal conditions in the POW camps. He was awarded the Distinguished Service Cross and the Medal of Honor for his courageous actions during the Korean War. His remains, left behind in an unmarked grave in Korea, were recently identified, and will be returned to his family and interred in his home state in September. Several miracles have been attributed to Father Kapaun’s intercession and in 1993 he was named a Servant of God, signifying his cause for sainthood could begin.

“Despite their efforts to erase his influence, Kapaun’s legacy of selfless heroism inspired countless other prisoners to endure hardship with honor, courage, and faith.” Join us for this presentation by Bill Latham as he helps us to understand how Fr. Emil Kapaun, soldier, pastor, and hero, had a profound impact on those he served, both in his life and after his death.

LTC William C. Latham, Jr., US Army, Retired, is the chief of doctrine for the United States Army’s Combined Arms Support Command at Fort Lee, VA.  He previously taught at the United States Military Academy at West Point, NY and at the Army’s Command and  General Staff College at Fort Leavenworth, KS. He served 22 years as an aviation officer and flew CH47 helicopters during Operation Desert Storm. He is the author of Cold Days in Hell: American POWs in Korea, and has written extensively about military affairs.

Although there is no cost, please CLICK HERE TO REGISTER to attend this presentation.

Read this article in the Catholic Virginian

Read this article from Army Magazine.