CHRISTMAS WITH CANTUS: INTO THE LIGHT 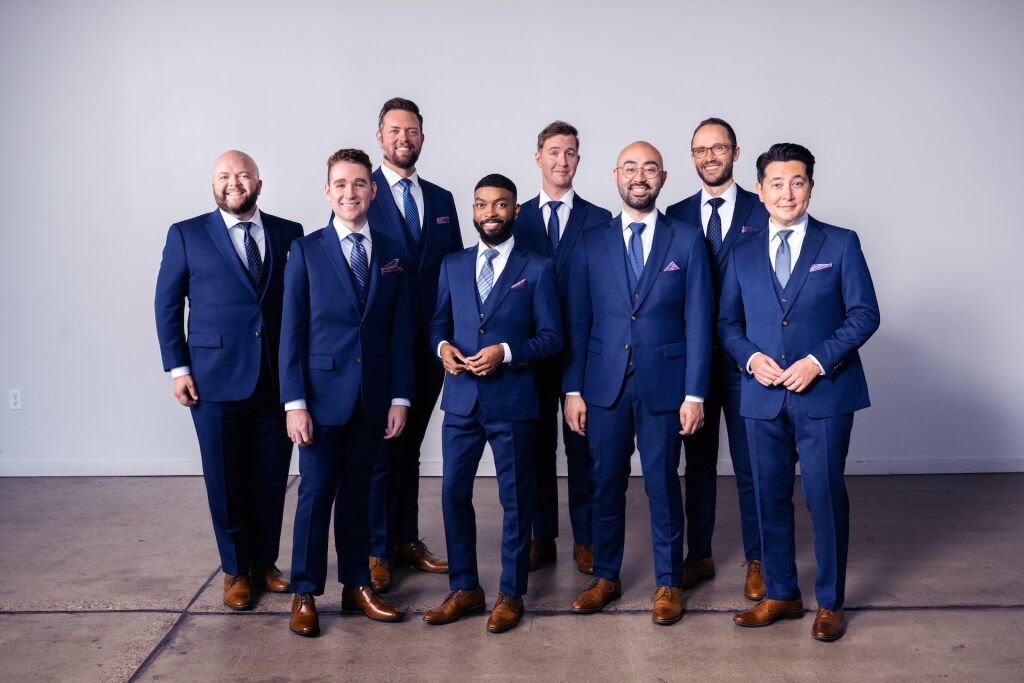 Into the Light offers a contemporary take on the traditional Nine Lessons and Carols to center on nine themes both intimate and universal, using poetry that speaks to a modern audience and repertoire that reflects a range of contexts and cultures. Drawing on time-honored carols such as “Still, Still, Still” and “I Wonder As I Wander” the program also incorporates newer favorites like Joni Mitchell’s “River,” Joe and Eddie’s “Children Go,” and “O Magnum Mysterium” by B.E. Boykin. Into the Light will also be released this fall on Signum Classics, marking their third release for the label and their first new Christmas album in over a decade. More information can be found at www.cantussings.org.

Now in its 28th season, the “engaging” (New Yorker) low-voice ensemble Cantus is widely known for its trademark warmth and blend, innovative programming and riveting performances of music ranging from the Renaissance to the 21st century. The Washington Post has hailed the Cantus sound as having both “exalting finesse” and “expressive power” and refers to the “spontaneous grace” of its music making. The Philadelphia Inquirer called the group nothing short of “exquisite.”

As one of the nation’s few full-time vocal ensembles, Cantus has come to prominence with its distinctive approach to creating music. Working without a conductor, the members of Cantus rehearse and perform as chamber musicians, each contributing to the entirety of the artistic process.

In the 2020-21 season, Cantus stayed true to its artistic vision and commitment to innovation in the midst of the coronavirus pandemic, producing seven all-new online programs that reached audiences spanning 50 states and seven countries, and garnering praise for how "the sheer quality of singing somehow melted the barriers of online communication” (Star Tribune). The ensemble adapted its award-winning education programs to the pandemic, working virtually with high schools and universities both locally and nationally. Cantus also released its popular COVID-19 Sessions on the Signum Classics label, followed by Manifesto, an album of world premiere recordings of works by Ysaÿe M. Barnwell, David Lang, Sydney Guillaume, Libby Larsen, Sarah Kirkland Snider, and others.

Committed to the expansion of the vocal music repertoire, Cantus actively commissions new music and seeks to unearth rarely performed repertoire for low voices. Cantus has received commissioning grants from New Music USA, the National Endowment for the Arts, Chorus America, American Composers Forum, and Chamber Music America. In line with Cantus’ ongoing commitment to fostering new works and expanding the repertoire for tenors, baritones, and basses, the ensemble has partnered with composer and former Cantus bass Timothy C. Takach and Graphite Publishing on the Cantus Choral Series, distributing Cantus’ signature arrangements and compositions for ensembles everywhere to perform and enjoy.

Cantus has a rich history of collaborations with other performing arts organizations, including the Minnesota Orchestra, Saint Paul Chamber Orchestra, the Boston Pops, Chanticleer, Sweet Honey in the Rock, Lorelei Ensemble, Theater Latté Da, and the James Sewell Ballet. The ensemble is heard frequently on both classical public radio nationwide and on SiriusXM Satellite Radio.  Cantus has released 20 recordings with Signum Classics as well as on the group’s self-titled label.

Integral to the Cantus mission is its commitment to preserve and deepen music education in the schools. Cantus works with more than 5,000 students each year in masterclass and workshop settings across the country and has visited 31 Minnesota high schools throughout the 13-year history of its award-winning High School Residency program. Cantus also presents a Young and Emerging Composers’ Competition, to encourage the creation of new repertoire through cash prizes, a performance, recording, and publication of winning compositions.